WATCHING COURTNEY LOVE spin herself beyond self-parody to promote her CD America’s Sweetheart this past spring, it was easy to forget how much prickly punk culture she’s leaked into the mainstream. For starters, Love still delivers soaring rock’n’roll with sarcastic swagger, enough to make you crave the artistry even if the artist is craven. And Love’s bass player, Melissa Auf der Maur, has just released a prodigious solo album, calledAuf der Maur. Finally, there’s Jack White of the White Stripes, who’s just produced a comeback CD for country legend Loretta Lynn.

Punkers have become central to all things entertaining in pop, from Avril Lavigne’s belligerence to Eminem’s petulance. Courtney snags headlines almost as readily as Sinatra did: her latest CD is just another pit stop on her “My Way” highway to hell. Sinatra swayed between onscreen romantic and off-screen bad boy, but he sang like an angel. Love ratchets up the ante: even more than Sinatra, she destroys everything she touches except her music. (Earlier this year a judge removed Love’s daughter, Francis Bean, from her care after police confiscated Oxycontin in her house.) The kicker is that she turns her naughty persona into a winning subject of her music.

Love may be a bad soap opera, an unfit mother, a marauding revenge-slut fixed on shouting down a corrupt record industry, but it is exhilarating to see how she turns fame into a wobbly soapbox. Her half-cocked exploits give us all a vicarious thrill; she’s everybody’s wayward middle-aged daughter, breaking our aging hearts.

That’s what makes America’s Sweetheart such a heartbreaking CD: songs like “But Julian, I’m Little A Bit Older Than You,” about her tryst with Strokes drummer, heave with knowingness. It is as if the tune feeds on its own disaster. Love doesn’t need props; she’s out of control in ways Michael Jackson can only dream about. Like Barbra Streisand, she’s not a great beauty, so her looks are often locked in battle with the soaring majesty of her music. Even the ballads, like “Sunset Strip,” have as much sincerity as grit. She’s one of the few singers who can pull off a cliché like “Tonight, I can fly, I can fly” and make it sound derisive. Her bassist, Melissa Auf der Maur, testifies to Love’s ear for talent. Hole’s previous bass player, Kristen Pfaff, died of a heroin overdose in her bathtub in 1994, two months after Kurt Cobain’s 1994 suicide. Auf der Maur was tapped after impressing Smashing Pumpkin Billy Corgan, and joined up with Hole for five years before pounding out the bottom end for the Pumpkins on last year’s farewell tour. Ever since she played with Love on MTV’s Unplugged the same year as Nirvana’s farewell, Auf der Maur has been the bassist most likely to break wide solo.

Auf der Maur’s persona is nothing like her former boss’s, but she’s learned a lot from Love’s example. Everything Love sings has an autobiographical ring, propelled by comic exasperation. Melissa Auf der Maur likes the same heavy guitar textures, but has more self-confidence and rock savvy, and doesn’t careen off into Love’s self-destructive void. Auf der Maur is a pro, a hook-savvy metal mistress who gasses up her punk jalopies with hard metal octane. But if metal is a deeply felt guilty pleasure, Auf der Maur has enough gusto to plow through every cymbal crash with flair; her sincerity never curdles into pomposity. Plus, on workouts such as “I Need I Want I Will,” and “Taste You,” she’s got moods to burn and a fascination with elaborate textures 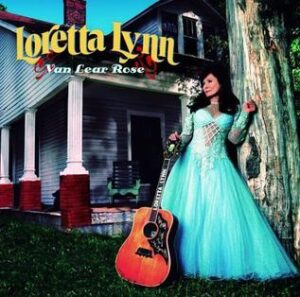 Punk was never obsessed with sexual tension. It’s still an irony of fate that it produced more star couples than its share: Sid and Nancy, Kurt and Courtney, Demi and Ashton. But if you insist on thinking of punk as the ultimate outsider’s revenge, consider Jack White. Until last year, White was a country blues freak who formed the White Stripes around himself and his still unclear [ex- wife, ex-girlfriend or sister?], Meg White. Between them, the couple had enough melodic verve to impress both critics and consumers. Then, drawn by punk’s irresistible reverse charms, Hollywood’s Renee Zellwegger swooped down and turned him into her male concubine. White even does a sheepish turn as a mountain musician in her movie, Cold Mountain. The point is, don’t let White’s love life distract you: he may be the most important punk rocker to come along since Kurt Cobain. He updates rural styles into a distinctive alt-rock squall.

And if you are curious about how the White Stripes turned garage rock into Top Ten material, you’re going to love what he’s done for country legend Loretta Lynn on her new album, Van Lear Rose. Now 70, Loretta Lynn takes a page from the Johnny Cash book of C&W elder statesman: teaming up with a young producer to bypass Nashville’s stale formulas. The result is a set of all-original Lynn songs that mint traditional themes with alt-attitude. In “Family Tree,” she takes her kids to visit her husband’s lover for a public rebuke that would make a reality show producer blush. Love, Auf der Maur, and Lynn’s CDs all upend your expectations about punk and its influences. Auf der Maur is the breakout star who spent ten years playing in other people’s bands learning her craft. Who would have guessed that a garage rocker like Jack White would mastermind one of country’s most satisfying comebacks? White Stripes fans will love it, and older country fans will be attracted to Lynn’s songwriting and her voice’s still elegant way with a story. These days, it’s almost as dangerous to sneer at punk as it is country and western.